Diorama Project: Exploring the Setting of Short Story or a Novel

Diorama Project: Exploring the Setting of Short Story or a Novel

Setting is an indispensable literary element in every story. It is the time and place in which a story happens and it often affects the mood or atmosphere of a specific scene.

Exploring the setting and discovering its impact in the story can be quite challenging for middle school students, especially for those whose native language is not English. However, letting them create a visual representation of the setting is a thousand times more effective than boring them out with lectures or teacher’s talk.

This activity is one of my students’ favorites not only because it’s fun but also because it facilitates their learning. I tried this project on two literature readings I had before (The Prince and the Pauper by Mark Twain and Robinson Crusoe by Daniel Defoe) and both achieved the same fantastic end. 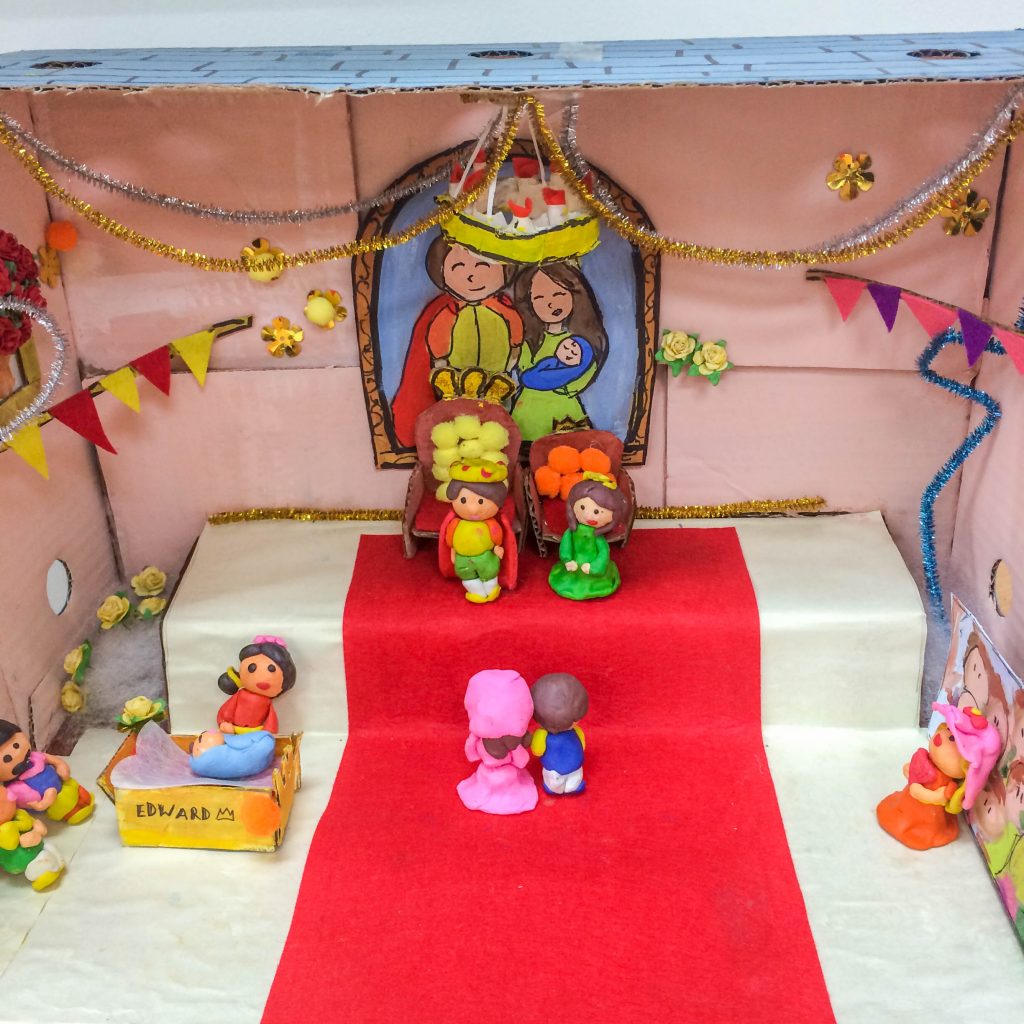 In this project, students are tasked to illustrate the setting or a specific part of the book in the form of a three-dimensional miniature scene. Students will pick a favorite scene from the story they are reading and decide how they want to represent it using the materials given (above) and a variety of design strategies.

Here are some examples of my students’ output:

Victorian England. Students take into consideration the time period in making the project.

Offal Court. An illustration of a poor English street where the pauper lives.

Prince Edward as a baby with the King and Queen.

Sans molding clay, students can also illustrate the setting in 3D or 2D using card boards or cartons. This one is much easier and faster to do and only requires at least 2 periods but can achieve the same objectives.

Here is an example:

Robinson Crusoe, with friend Xury, tries to escape from the Turkish pirate who keeps them slaves for many years.

Students will present the projects by describing the scene and/or summarizing the chapter. The illustrations will surely give them a clearer picture of the story.

What do you think about this activity? Let’s hear them in the comments!

Top 10 ways to use Canva in your Classroom

By now, it is well-established that visual learning is key to effective teaching. Teaching styles will differ from teacher to teacher but a picture will always convey a thousand words......

Writing a book report has been popular in classrooms since the dawn of time. Even fictional characters such as Opie Taylor have had to do them. A book report is......

Academic studies coincide with textbooks but interactive lessons can go a long way in spicing up the atmosphere. Read on as we take a look at the top 7 educational game......

Here are my FREE resources for this fun activity. Please note that these are specific to my classes and lessons and may not necessarily apply to you. Nonetheless, I hope......